The September 25 General Meeting will feature a genuine Apple representative briefing us on all things Apple. As a guess, there will be an emphasis on the September "Special Event" introducing a host of new mobile computing devices, including two iPads, a new Apple Watch, and four new iPhones, along with the implied release of forthcoming new Apple Watch, iPad, and iPhone operating systems.

In November, the topic isn't firm yet, but the Pi would like (population, politics, and pandemic permitting) to have a hybrid meeting that is both in person and streamed live. The safety of our members and guests comes first, which means: stay tuned.

The Pi has posted a massive library of Washington Apple Pi Journal issues from 1979 to 2016, with thousands of pages of information on everything from Apple II interrupts to adding ringtones to an iPhone. If you have any of these issues and wouldn't mind giving them to us so that we could scan and post them, please write to webmaster@wap.org.

With the current lockdown and efforts to flatten the exposure curve of the coronavirus, we have stopped all in person Pi meetings. Do not come to Cedar Lane, and do not come to George Mason University. Both of these are closed up tight.

For questions or feedback, email office@wap.org, or participate in the ApplePi interactive email - a reminder to go here to join:

A reminder that the Pi is:

Thanks for being members of the Pi!

We've posted capsule reviews of several programs designed to help you clean up clutter on your Macintosh.

Meanwhile, a photo of a mug: 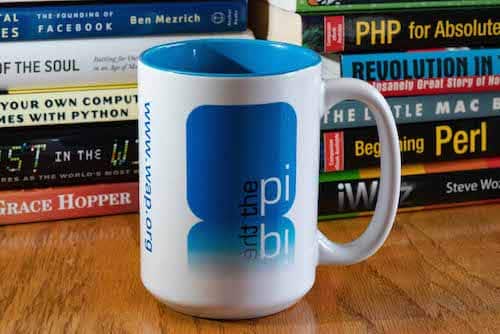 Ceramic version of Washington Apple Pi mug. A MUG (Macintosh User Group) is not normally cast in ceramic, and normally avoids water due to unfortunate side effects involving liquids, electronics, and electricity, but this mug is hydrophilic. Click on image for a larger view.

A video review of the 2018 General Meeting presentations in (slightly more than) 20 minutes.

Also, check out this terrifying video on electronic mail, with our Email Compendium, Volume 1. This contains lots of snippets from the General Meeting podcasts, focusing on the subject that brought the most fear and horror to the Q&A session moderators.

How To: Tips from the Journal